On handsaws and circular saws, the crosscut teeth that sever wood fibers have their edges at the front. Ripsaw teeth and the raker teeth of combination circular saws are different. They lift out shavings like miniature chisels, and indeed resemble chisels, having their teeth at the very tip, straight across the blade.

The cure for the dull condition shown in Figure 4 is to remove metal back to the bottom of the deepest notch. In time, this can be done by wetting the edge bevel only. It is important to maintain the correct bevel angle for the tool. Obviously, too, the less metal removed in the process, the longer the tool will last.

Remember that the notches in question are microscopically small, though their relative magnitude is important. Any nicks big enough to see with the naked eye are gross defects that must be remedied before proper sharpening can be done. A nicked blade must be ground back far enough to remove the nicks, which may involve reshaping the blade bevel. With modern grinding wheels, this is no great chore.

Hollow-ground edges are sharpened on the periphery of a grinding wheel, producing a concave bevel. Heavy-duty edges for meat cleavers are ground with a convex bevel or cannel grind. 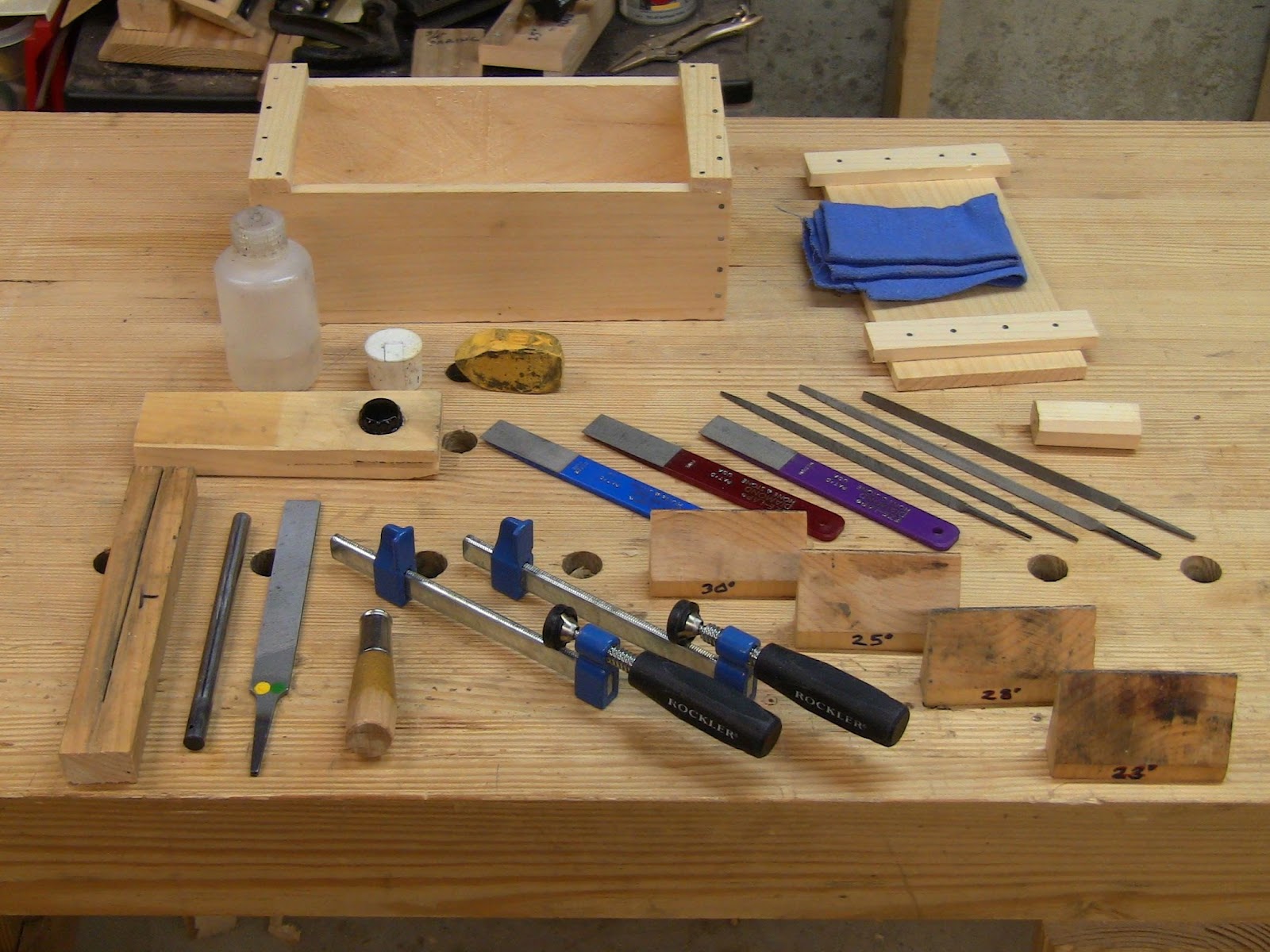 When you bring home a new edged tool of any kind, it is a good idea to examine it closely and even to measure the bevel angles.  Circular saws especially are so complex that you may want to jot down the information and make an outline tracing of the original tooth shape, against the day a new blade needs sharpening.

What hollow grinding means. An edge is formed where the two flat planes of an edge bevel meet. But if the bevel is ground on the periphery of a grinding wheel, instead of on the side or on a bench stone, it will not be flat but will have a radius equal to that of the wheel.

This concavity brings the sides almost parallel at the very edge, producing an edge even sharper than one with a flat-ground bevel. Because there is less metal directly behind the edge, however, it is also somewhat weaker. 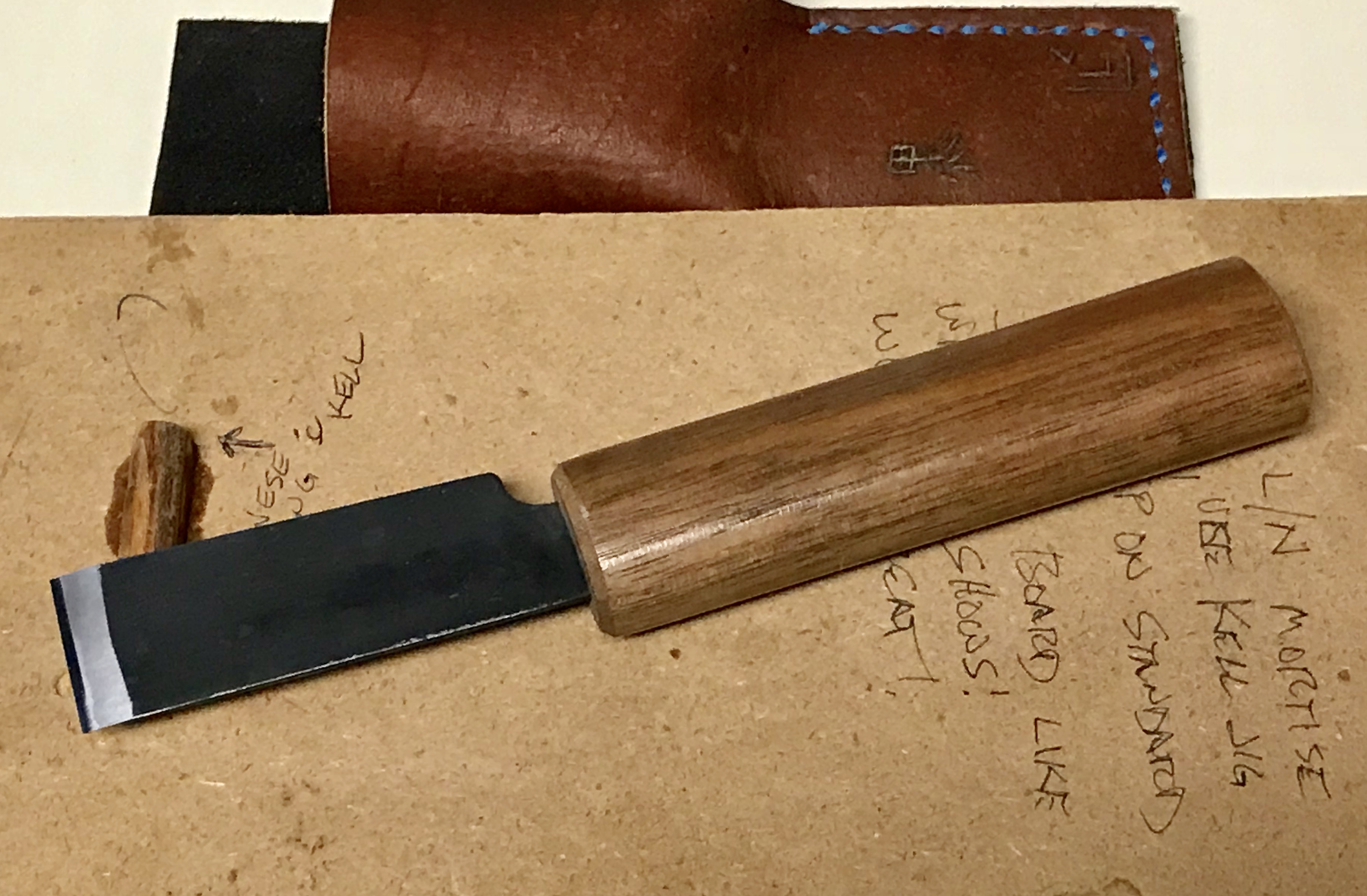 A hollow-ground blade bevel on wood chisels and plane irons makes it easier to distinguish the edge bevel during final whetting. On scissors and razors, the entire blade bevel is usually hollow ground. But where the edge must stand up to hard shocks, as on wood-turning chisels, a flat bevel is preferable to a hollow-ground one.

Heavy-duty edges like those on meat cleavers, on the other hand, are ground with a convex bevel, called a channel grind, the direct opposite of a hollow-ground one feather edge, or wire edge is a phenomenon that occurs during sharpening.

How to Care Thin Edge

As metal is removed, the extreme edge becomes so thin that it bends. Readily felt with the fingers, this wire edge is a sign that the edge has been whetted sufficiently, but it is itself too weak to be of use and dulls the working edge.

The wire edge is removed by wetting the opposite face of the blade, or by rubbing across a piece of hardwood, which breaks it off. Final light honing then leaves a keen, serviceable edge on the blade.

Where metal is removed for sharpening is very important. The right place depends largely on what kind of tool it is, and in part on how dull the edge has become.

In theory, the edge shown at A in Figure 8 could be sharpened by grinding back either of the bevels far enough to remove the rounding of the edge. But the two methods at B and C can be ruled out. Though they would leave a sharp edge, it would have a different edge bevel than the original.

Assuming that the one put on by the tool maker is best for that particular tool, such a drastic change is undesirable.